The Bodyguard by Katherine Center 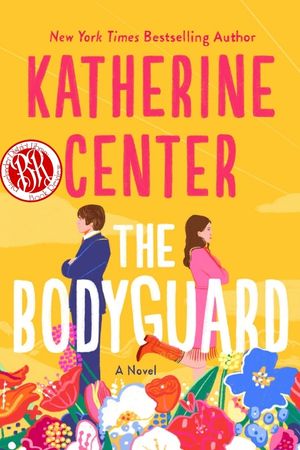 I think I will have the minority opinion on this one, but the inconsistency with the characters ruined this book for me. The main character and her boss were described as no-nonsense, “my mind is a deadly weapon” professionals, but then acted in ways that completely contradicted that description. The boss was a sarcastic jokester and the main character often acted completely ridiculous. Both make for very entertaining and loveable characters, had they not been described as stone-cold, no fun professionals the sentence before. For example, the main character describes all the undercover disguises she has worn in the past. But then she is put in a sundress and suddenly she is so uncomfortable she cannot focus on her job? And she is the best at what she does, mind constantly alert, with the greatest attention to detail. Then she forgets all about the questionnaire she needs to complete when she first meets the new client? And meh, oh well, she will get it later? She will do whatever it takes to get the promotion in London. But get a makeover for undercover work? I quit. Yes, it opens on the day of her mother’s funeral and that will obviously affect her performance, but we never got to see her professionalism beforehand, and it never shows afterwards. It read like two warring stereotypes smashed into one person. Had the characters been more fleshed out in the beginning, it could have fixed this and showed the complexity that allows one person to be both professional and ridiculous. I think many people will enjoy this book, but I just found the poor characterization to be too much.